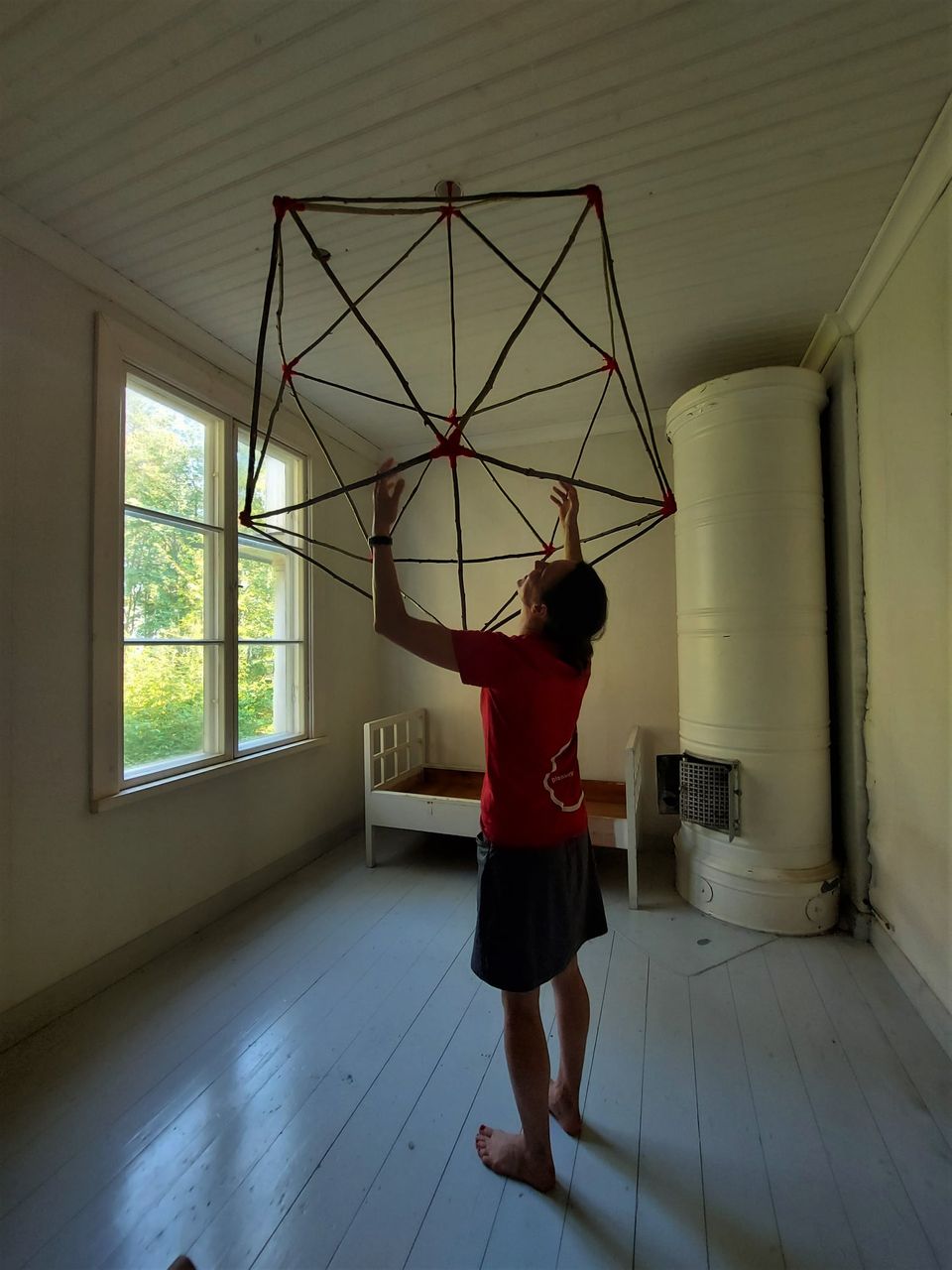 30:20 is a large icosahedral structure made only from found sticks and red wool and suspended in a small room of the Konttori building on Varjakka Island during July/August 2021.

I aimed to create something that looks out of place, but uses natural, site-specific materials. Something that would connect with the engineering past of the island, and evoke a timeless atmosphere. My initial idea was to create a tesseract, but this proved impossible within the confines of a three-dimensional reality, so I settled for an icosahedron, mainly because the process of creating it was quite simple, but the overall appearance and dimensions remained a mystery until the last corner was constructed. It has 30 edges and 20 triangular faces and took 3 days to construct.