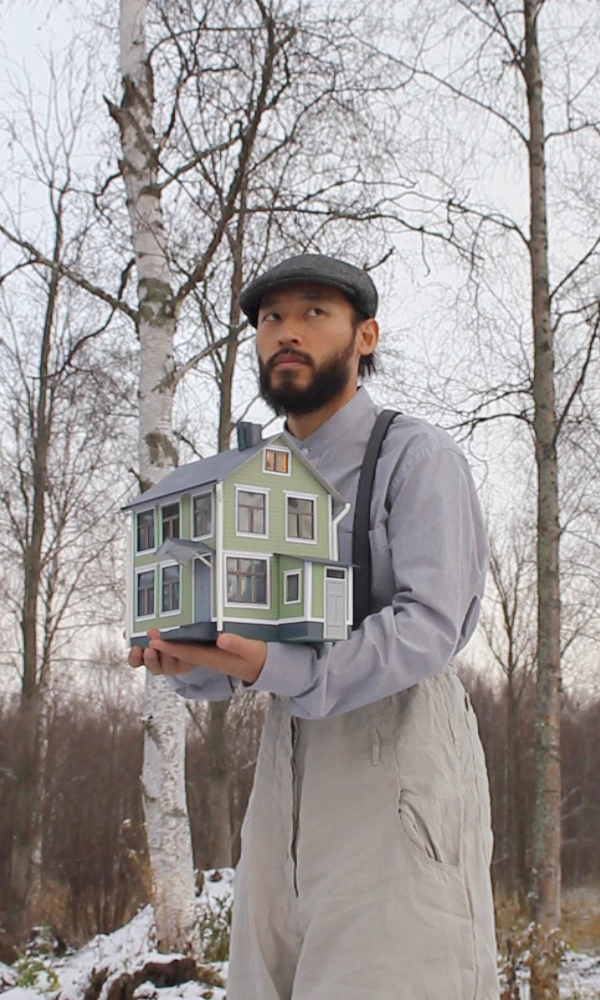 in 2016 I received an artist’s working grant from the Finnish Cultural Foundation (Northern Ostrobothnia Region) which enabled me to focus on my creative practice for six months. The aim was to create multimedia work for children and families.

Alongside nightwatch, I built a series of small sheds, adapted an old radiogram unit and created a series of architectural video interventions for Lumo – Oulu Light Festival.

One of the sites for karhusaari (bear island) was the Department of Architecture at Oulu University. The yard in the centre of Oulu that housed the department was the original campus for Oulu University. The department had been situated there for 70 years when the University had to raise some funds and sold the buildings. The staff and students were devastated at having to leave such beautiful old buildings. I heard stories of the caretaker who lived onsite for most of his life, lighting fires in the classrooms each winter morning. After he retired, he remained living onsite until ill health forced him to move into a care home. He became the main character in a short film that I made and projected as a virtual window to one of the buildings.